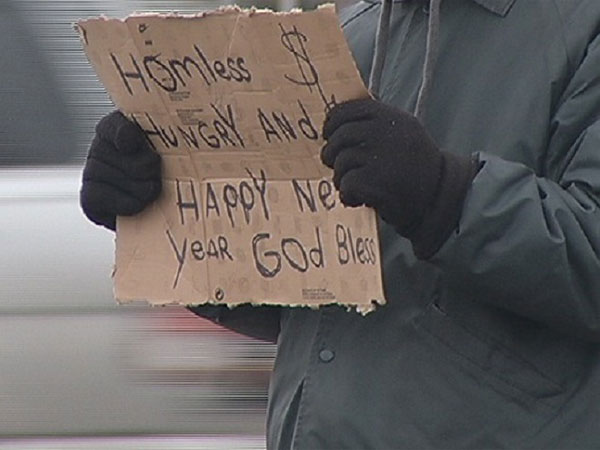 “If a panhandler comes near you and you are fearful, call the police.” The statement is not exact but it is close to what I’ve heard on the radio once a week for a number of months.

I don’t so much find this statement bad as I do evil. Built into such a message is “you ought to fear those folk you see on the side of the road.” My guess is, if folk did not fear panhandlers in the City of Yakima yesterday, they will tomorrow. Like too many messages we hear in our communities, this message is not one of peace and wellbeing for one’s neighbor, but one of, if you don’t look, smell, and think like me, you are questionable at the least and a danger at the most.

It would seem this announcement lead’s toward one path—the imprisonment of panhandlers and homeless people (Homeless folk are a small percentage of panhandlers, however, I’d guess most folk think the opposite). The hope, it would seem, for those supporting and funding this announcement, is to eliminate those who struggle greatly within our society—under the guise of justice.

The absurdity of such an announcement is not only hurtful to those who have little societal voice, but damaging to the whole of community. To make our sisters and brothers on the street, who struggle to make a dollar, as something other than ourselves—into folk to be feared, we damage our sense of justice, of peace, and our spiritual wellbeing. To lose our brothers and sisters, whose lives are so different from our own, to our fear and possible imprisonment is to jail our own created self.